The case for workforce housing since 2011- Corporate Lodging

Questioned by some who challenge the wisdom of erecting large temporary “camps” for housing oilfield workers, the builders and operators of these projects have good answers for skeptics, citing especially the fact that, if the boom should end, it can all go away and not leave a trace. Meanwhile, though, there’s luxury in those accommodations.

Workforce housing, lodges, man camps. No matter what they are called, this new business translates into one thing: decent, safe temporary housing for workers flooding the oil fields.

Four years ago, the idea of putting together these residential areas in the Permian Basin that consisted of temporary housing along with amenities such as dining rooms, chef-designed meals, computer and game rooms, free laundry, and 24-hour snack bars was just a concept. Some West Texans who have survived more than one boom-and-bust cycle didn’t want to see more abandoned apartments if a downturn hits the area. This temporary housing solves the need today and can be moved tomorrow.

As the need to drill in remote places grew exponentially along with the demand for quality workers, the concept turned into concrete. Several workforce housing camps dot the West Texas landscape today as oil companies pull teams of employees in and out of the area. And if those lodges can’t provide enough space, hotel rooms continue to serve as a backup option.

Meanwhile, another business has launched to help companies manage the logistics of moving employees to locations.

“We are a crew logistics company,” said Rod Williams, CEO of corporatelodging.com, which he kicked off in October 2011.

With a client base of the 10 largest oil and gas companies in the state, including Weatherford, Baker Hughes, TriCan, and CTS, Corporate Lodging handles, as Williams says, housing for 1,000 people in the Permian Basin alone. They also work in other parts of the state—wherever the action is.

CorporateLodging.com works as a liaison between the companies and the workforce housing locations.

An Austin-based musician who traveled with Sting during the New Zealand Symphonicity Tour in early 2011, Williams talked with friends in the oil business. When they brought up the problem of moving crews and no housing, Williams saw a business opportunity.

“I saw these companies were losing millions of dollars a year not running this right,” he said. If a company has 100 employees spending a month of nights in hotels, that amounts to 3,000 invoices a month that the accounting department has to check.

“Those people [accounting departments] are so over-worked. My company has pre-negotiated rates that are better than what those oil companies were getting. We audit every invoice. We have a waiting list of clients and we bring them on as we can service them properly.”

And when they move a crew, Corporate Lodging goes with the people. “When a client says they are moving to another location, we look at the proximity of the well site and make sure there is a man camp or lodge nearby that has been approved. We manage all the in-field accounting and crew changes.”

Williams also noticed one problem with all the temporary housing—a lack of standards. After talking with several oil companies and owners of workforce housing, he spearheaded the formation of the Work Force Housing Standards Council.

“My company grades and inspects every place for health, safety, and environmental standards. If the place does not meet our standards, we do not put our people there,” Williams said. “We’ve never inspected an oilfield lodge in the Permian Basin that did not get anything but an A-plus grade. There are some great providers out there.” 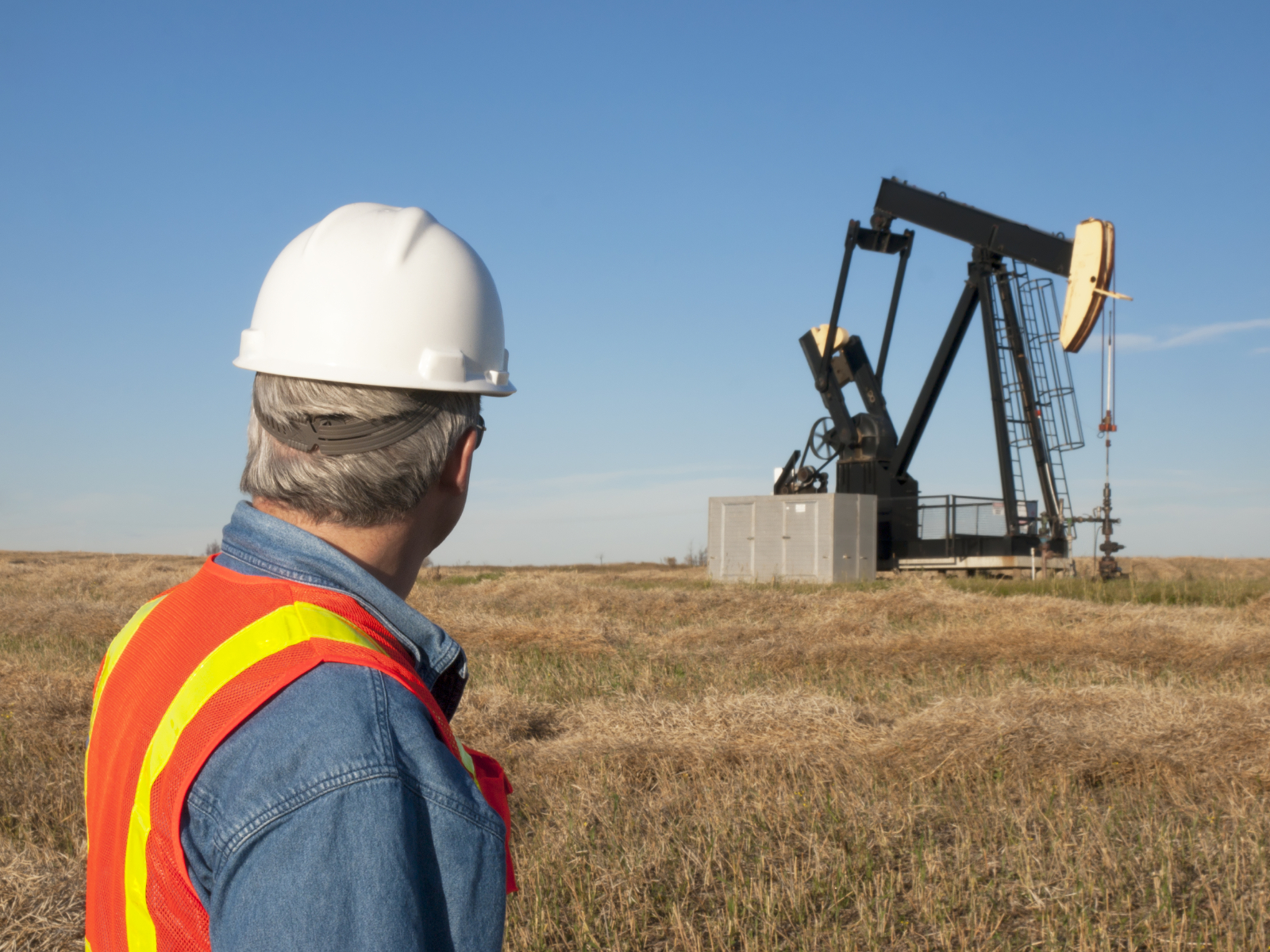 Target Logistics, based in the Woodlands, calls itself the “largest operator of turnkey solutions in the United States.” In January 2014, the company opened an addition to the Pecos Lodge, bringing the total number of rooms for workers to 213. In that expansion, the company added the Spike Lounge, which serves pub fare and features an outdoor deck that overlooks the volleyball court and swimming pool.

Randy Pruett with Pierpont Communications for Target Logistics said the company saw the need for additional beds at Pecos Lodge and added the pub amenity.

“Target Logistics builds to suit and is leased prior to being built. It’s a safer business model,” Pruett said. The Pecos Lodge, located at the intersection of Interstate 20 and CR 285, also features volleyball and basketball courts and a swimming pool.

Target Logistics justifies these amenities by noting that employees who are well fed and well rested and that they have opportunities for recreation and communicating with family members. And that they exhibit greater morale and have fewer accidents on the job sites. Companies utilizing the workforce housing also note a lower rate of turnover.

Christopher Wanjak researched the problem of recruitment and retention in the oil and gas industry for Target Logistics. In a paper for the company, he wrote, “Workers at remote and temporary worksites are a diverse crew. They might be college-educated engineers. They might be high-school-educated blue collar workers. They likely are leaving their families and the comforts of home for hard work and long hours. For most workers at remote sites, anything the company can do to relieve the stress of long hours and great distances will be a plus for worker health and morale and, by extension, for company safety and productivity.”

Pruett noted “for a lot of people, it’s very easy to come out to Midland-Odessa and get a job in the oilfield. The companies that provide housing have an edge over those who don’t. And those who provide superior housing have a better edge.”

Finding quality chefs and other employees for the workforce housing has not been a problem, he added. “It’s not hard to get chefs to these remote areas. There are people all over the country looking for jobs and they’ll go wherever the jobs are. Generally, they work 12 hours on and 12 off seven days a week for six weeks. Then they have two weeks off. We hire a lot of ex-military people. I’ve joked with them about how it compares to working in the military and they say it’s a better bed and they get to see their family more often.”

Black Gold Lodge on Pearl Street in Odessa is owned by an Alaskan company that has built similar camps on the North Slope and in Williston, North Dakota. With 208 beds, the West Texas facility stays booked, according to manager Brandon Adcock.

“We are doing awesome,” he said, noting that most of the rooms are leased by companies for their employees. “There are so many rotational workers in the oilfield. An individual might stay only a couple of weeks. We provide everything. You bring yourself, your clothes, and toiletries. Our kitchen is open 3 a.m. to 9 p.m. The snack room, workout room, game room, and laundry are open 24/7.”

Unlike the situation found at most other similar facilities, anyone from the public can walk in and eat in the dining room at Black Gold Lodge. “Our chef is an award winner. He’s worked with Wolfgang Puck in Hawaii and started restaurants. We have prime rib on Sunday, and every Tuesday is steak night,” Adcock said.

Civeo, an independent company that was formerly PTI and part of Oil States International, operates West Permian Lodge in Pecos. Located half a mile west of State Highway 17 off Interstate 20 Business, the facility consists of 250 beds “and they’re full,” sad Ed Parker, Civeo sales manager of U.S. accommodations. “We have land available to double the size of that facility but it will be based on demand. There are no immediate plans to expand. There is still a lot of work in the area and I see it as being a good location for us for quite some time. Service companies sign multi-year leases with us. We have a large seismic crew that has been there three months.”

At West Permian Lodge, workers find housing and three meals a day, as well as exercise, laundry, and recreational facilities. “These skid units are set up in dorm-style fashion with private rooms and private baths. It’s one of the nicest facilities we have in the United States in regards to layout and amenities.

“Our goal as a company is to provide as comfortable and safe environment as possible for a workforce living states away from their home. I’ve received many comments that these workers do feel it is home away from home.”

Headquartered in Canada, Civeo boasts 20,000 beds, and operates housing facilities worldwide, including one in Afghanistan. Parker travels from North Dakota to Texas meeting with oil service, pipeline, and seismic companies to lease the facilities.

None of the company spokesmen see an end in sight to the current oil industry boom.

“I do not see the boom easing off,” Walker said. “The people I talk to in the oil industry say they are looking at a five-to-10 year stretch at minimum. No one is predicting a bust right now. With new technology, drilling, and fracking, they are able to do so much more work even on old existing wells.  As long as the price of oil stays up close to the $100 mark, these companies will be going strong.”

That push to drill for oil and gas will translate into continued usage of the existing workforce housing and possibly increased demand for more units.

“From every indicator I’ve seen, this economy is only going to get bigger,” Adcock of Black Gold said. “In my talking with various companies, I have heard consistently that 2014 will be the biggest year yet in the boom. From what I hear, this is a more sustainable boom. With the new technology, they are able to re-visit a lot of old sites.”

The current workforce housing is designed to help towns meet the demand while assuring citizens that abandoned buildings won’t be left behind to deteriorate if a bust occurs.

“In my opinion, this housing like Black Gold Lodge is what Odessa needs,” Adcock said. “You can almost see the past booms and busts in the town. Once the boom is over, we can pick up our stuff [buildings] and not even leave a footprint. It won’t damage the environment and it won’t be a spot for squatters.”

Pruett agreed, noting that Target Logistics can pick up the buildings at its Pecos site once demand disappears. “These buildings can be moved and the area can be farm land again. In North Dakota, we have moved several hundred beds from one area to another to accommodate growth in the new area.

“That’s why people should be open to this [type of structure],” Pruett said. “These buildings can just go away. What you don’t want is for companies to come in and build low quality homes and apartments that will be abandoned in a bust.

“Man camps, or crew camps, have been around for years and will be here for years to come.”

Is AirBnb Cheaper than Hotels

Is Airbnb Really Cheaper Than A Hotel Room In The World’s Major Cities?   These days traveling is arguably more

If you are having any questions, please feel free to ask.

Drop Us a Line