Is AirBnb Cheaper than Hotels

Is Airbnb Really Cheaper Than A Hotel Room In The World’s Major Cities?

These days traveling is arguably more affordable than ever before, thanks to budget airlines and ride-sharing, among many other factors. When it comes to finding a place to stay, however, a traditional hotel room will still cost you a pretty penny most of the time. Thankfully, the rise of the sharing economy has given people traveling on a budget a multitude of options to get around pricey hotel rooms, whether it’s couch surfing or Airbnb. Both of these services definitely give hotels a run for their money but how much can the latter actually save you in major cities around the globe?

German hotel reservation website HRS recently released data on hotel prices in various cities, finding that New York is the most expensive, with a room averaging $306 a night. Website AirDNA tracks and analyzes the Airbnb market and according to their data, a room booked through the service would only average $187 a night by comparison. That would give travelers an extra $119 in their back pocket to splurge on all The Big Apple has to offer. Of course, cooking in an Airbnb and avoiding restaurants could also save a couple more bucks.

That trend of Airbnb beating the hotel repeats itself in most cities around the world and the following infographic shows how things stack up in eight major tourist destinations. If you choose Airbnb over a hotel in Tokyo, for example, you could save $127 a night. Naturally, some travelers will still favor booking into a hotel, despite the higher costs involved, arguing that it doesn’t involve the stress of searching for a flat, collecting the key and potentially having to integrate with strangers in an Airbnb. 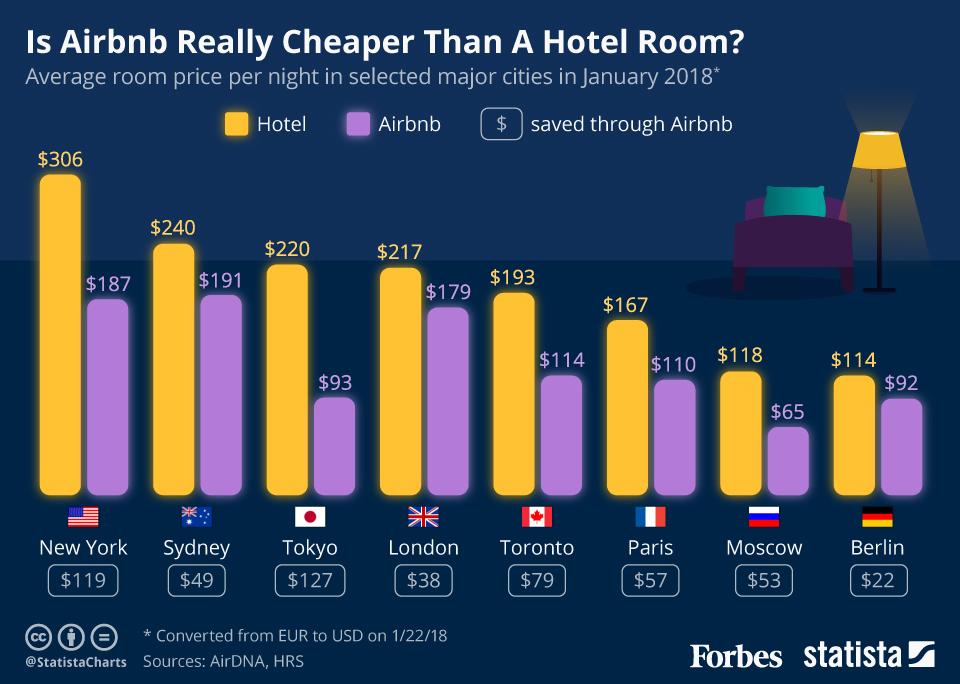 The case for workforce housing since 2011- Corporate Lodging

The Case for Workforce Housing- 2014 Article JUNE 30, 2014 BY BAILEY LEROUXLEAVE A COMMENT Questioned by some who challenge the wisdom

If you are having any questions, please feel free to ask.

Drop Us a Line